Will I be an anxious parent forever?

Not to start off with the bad news, but the reality is that once that little babe makes it way into the world, there will pretty much always be something to worry about. Even when they’re 30. Although it really never goes away, the good news is that it does change over time.

If you already had a kid you know the truth: being a parent is both much harder and way more fun than you ever imagined. But sometimes that harder part feels particularly true.

Late night google searches will usually just create more questions and never really gives answer. So what are some other ideas?

I recently ran into an old client. We met when her twins were only a few months old but now they are 8.  She said something so relevant to this discussion - " I thought it was hard then, but it was nothing compared to now - now it's really hard".

Well, I’m 15 years into motherhood  and I'm still worrying. Lately, it’s been about my teens driving with older kids. Can you relate?

On Friday my eldest asked if he could go to a show with a friend, to which I said 'yes'.  I then asked who he was going to get a ride with and he said a friend’s brother (who is 19). This FREAKED ME OUT. I think I’m pretty relaxed but the thought of my baby, being in a car, with a few other teenagers being driven by a teenager on the highway, is enough to send me over the edge.  Far, far over the edge.

I have been dreading the day by first born drives a car or is going to be getting in cars with someone of his friends. I recognized that driving my son everywhere has fed into my own desire for control, which of course is not sustainable. In the end, I offered to drive them but I know the issue will arise again soon.

So at what age do you let go?  I certainly don’t know the answer or how I will get over it, but I do know that I can't make my anxiety his problem.

So in the meantime, I’ll keep applying my anti aging cream and hope it removes the worry lines from my face.  But I’m curious as to what your anxieties are, at what ages did they change and how you have dealt with them? 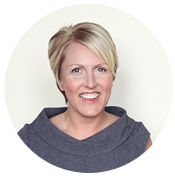 As a former nanny, night nanny, and trouble shooting-nanny spanning from the UK, to the USA to Australia, Dawn has a wide range of experience in all child-rearing related issues. Her experience as both a childcare provider and as a parent has provided her with a bird’s eye view of the difference from working with other people’s children to her own. She is also the founder of Cheekychops: A confident Parenting Community.